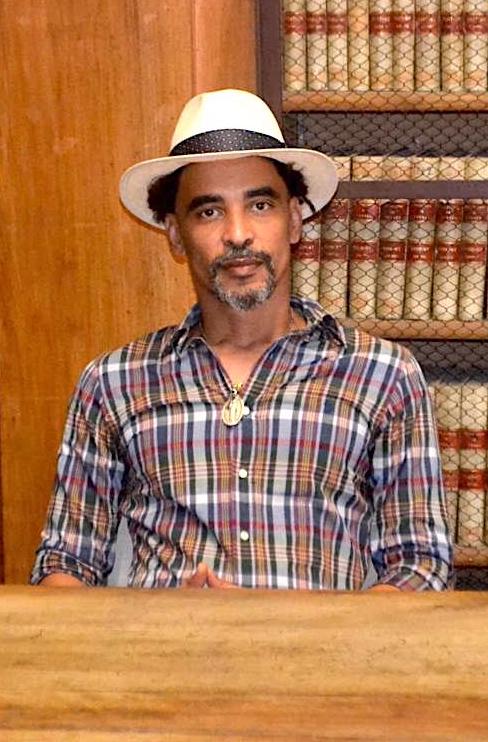 Henri Abraham Univers is a Franco-Burkinabe painter, born in Paris in 1974, of a French mother (Norman) and a Burkinabe father (Mossi).

A self-taught painter, since early childhood he has been immersed in the artistic sphere: Through music, modeling and painting. Having grown up in Abidjan, Ivory Coast, from an early stage in his life he was surrounded by a multicultural environment that subsequently directly influenced his paintings. Although Africa is the main source of inspiration for his works,he finds his originality in everything and anyone, in different regions across the world (Europe, Asia or America.)

Henri Abraham Univers is an artist whose miscegenation is as much cultural as graphic. "I do not paint to decorate. I'm still trying toget a message across. I express a reality, and this is where I have more affinity with the warm and vibrant side of Africa."

Graduate from Le Conservatoire libre du cinéma français in Paris, he was ultimately taken over by his love for painting – A medium through which he quickly realized was easier for him to express himself with the use of canvas and a paintbrush - It was the most natural and instinctive way of being,much more so than while working in film.

Henri Abraham Univers’s paintings are distinguished by cosmological themes and a selection of repeated elements, such as sprinkles of white stars against a black background, to symbolise the sky, which he says is ever present regardless of what is happening in the world, and references to love and the oneness of humanity. Each work illustrates different spiritual concepts, sometimes directly inscribed with the words in French and English. Artist believes strongly in numerous mantras, unity and equality being the most prominent. He is equally concerned with fusing Western and African influences.

After a stint in New York, then Ouagadougou and Paris, he moved to London in 2010. He devoted himself to his passion full-time from 2012.In 2014, he had the privilege and honor of having been selected to exhibit at the prestigious Summer Exhibition of the Royal Academy of Arts in London. In 2015 he returned to France and moved to Bordeaux, then subsequently to London in 2019 where he currently lives and works. 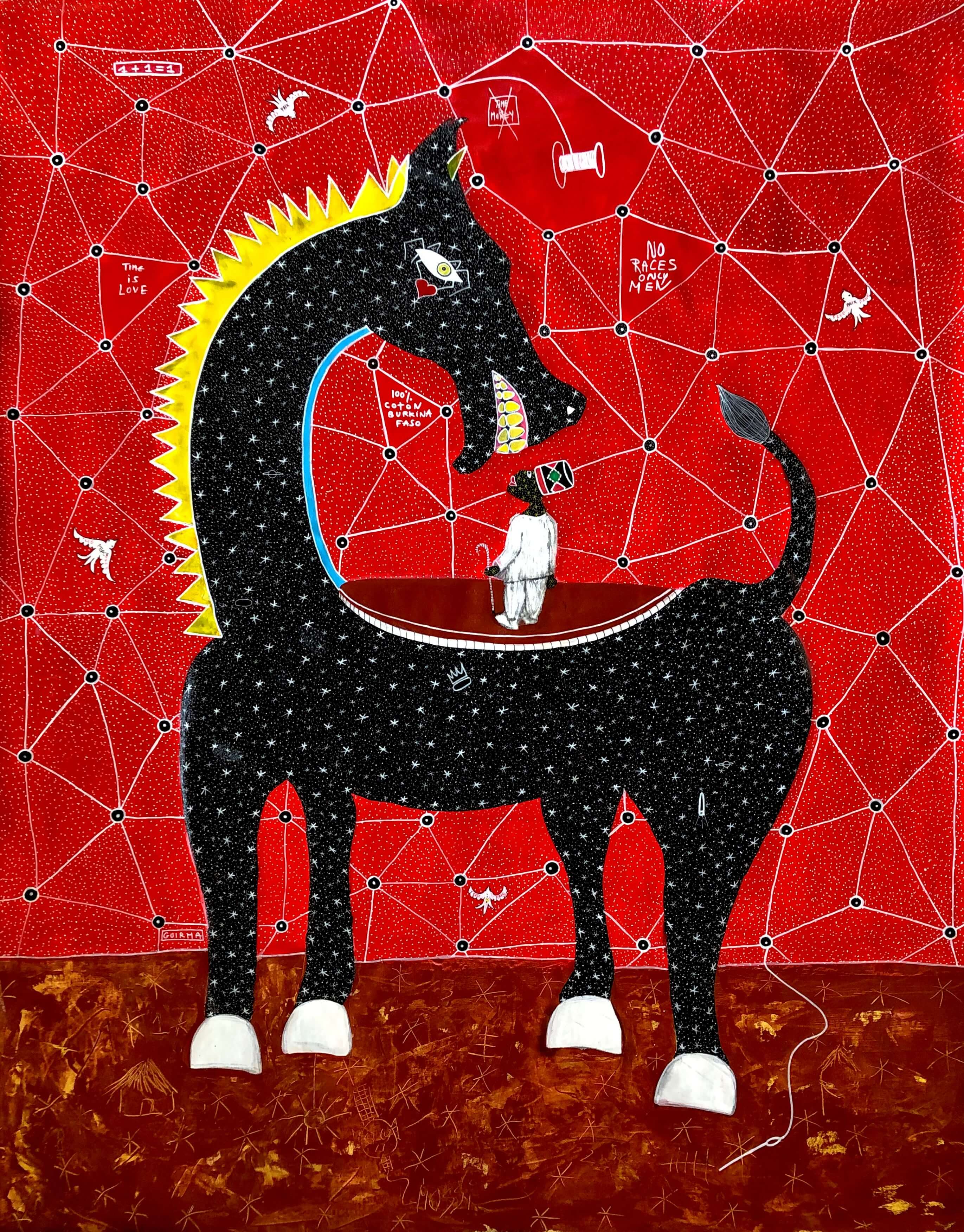 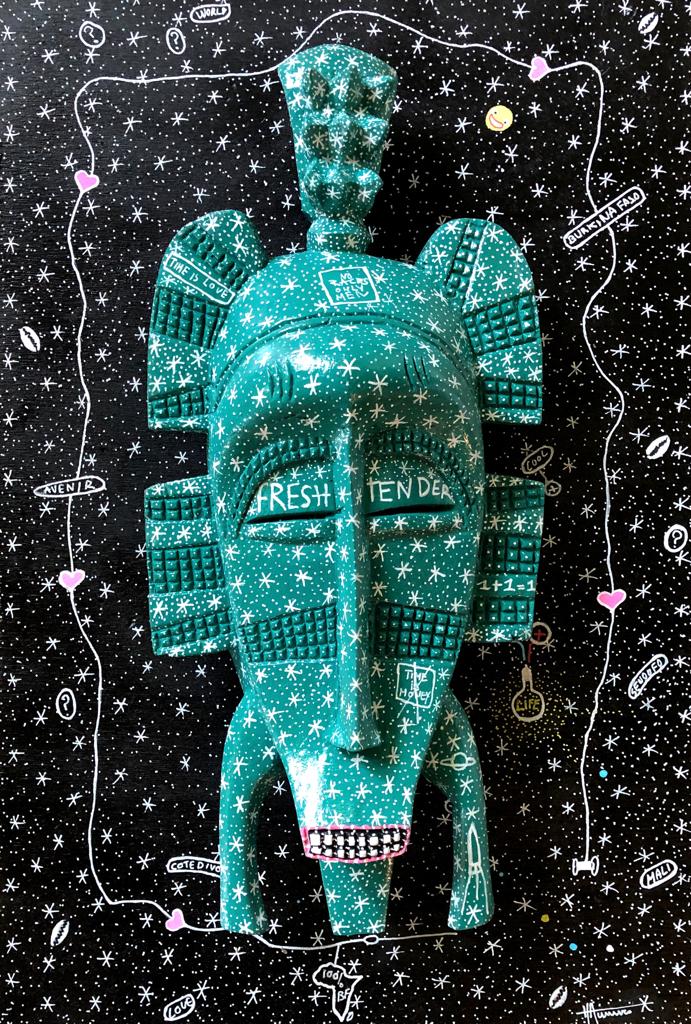 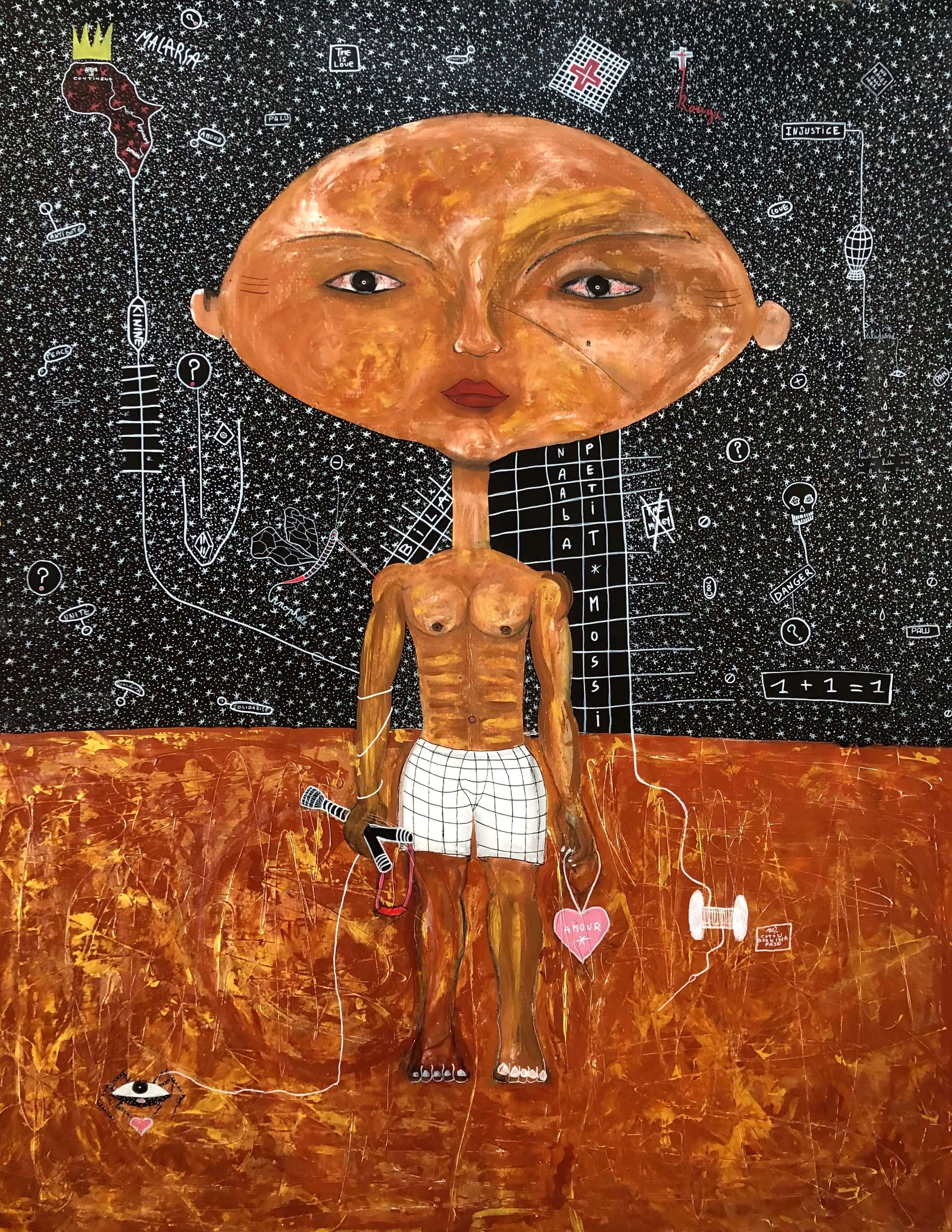 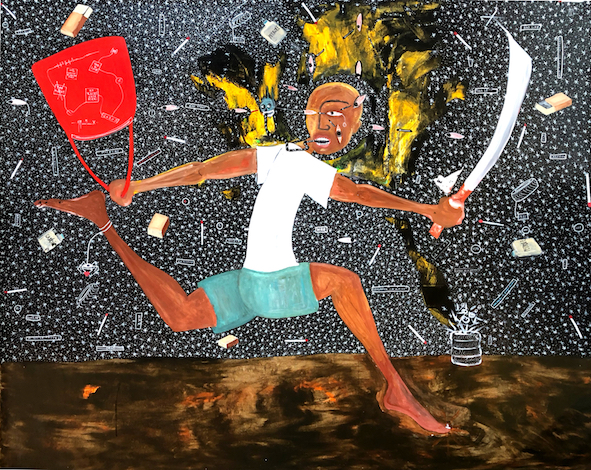 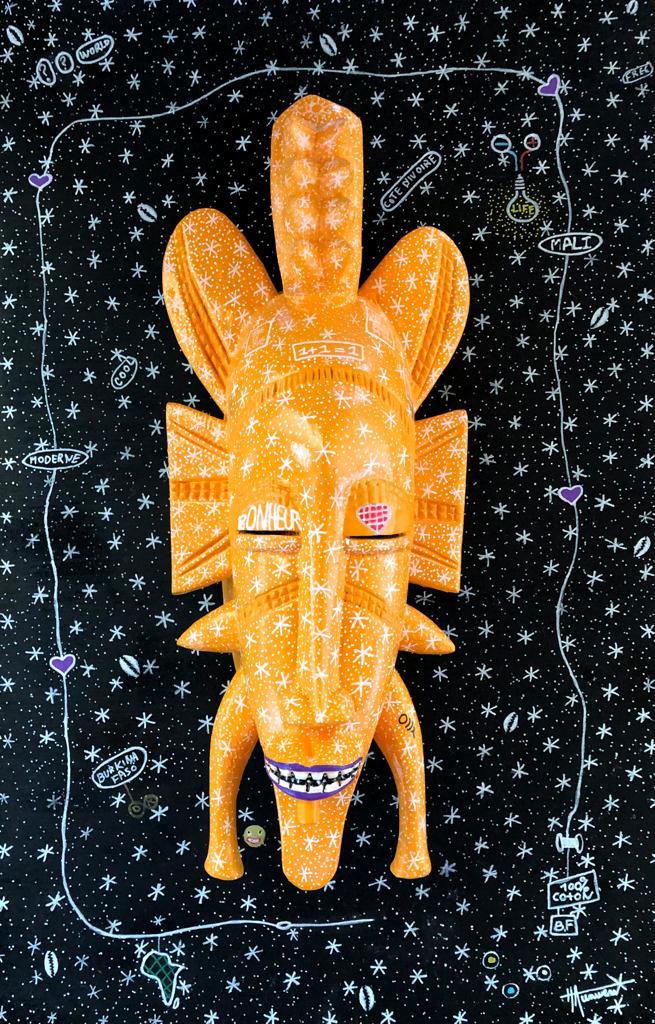 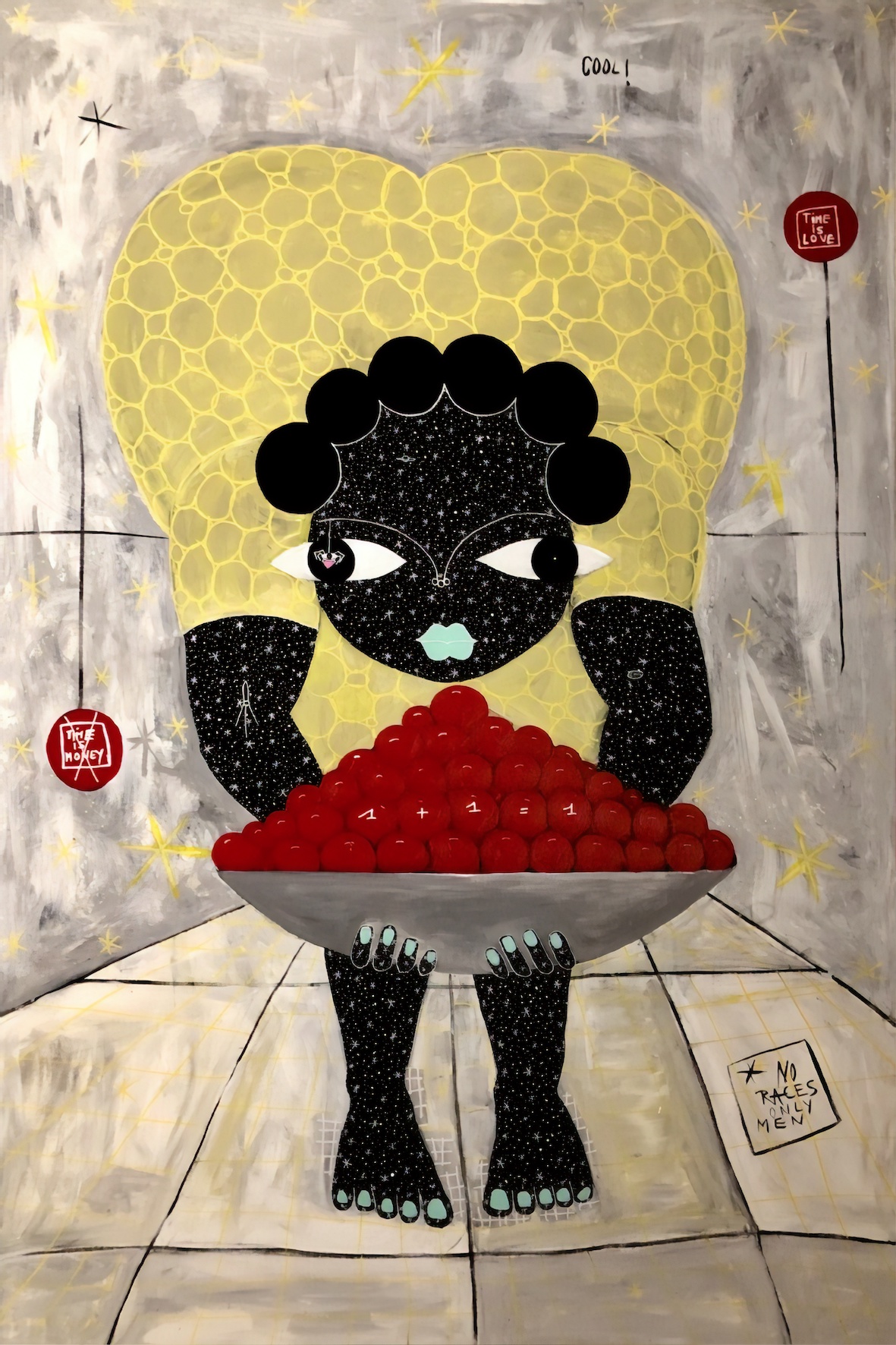